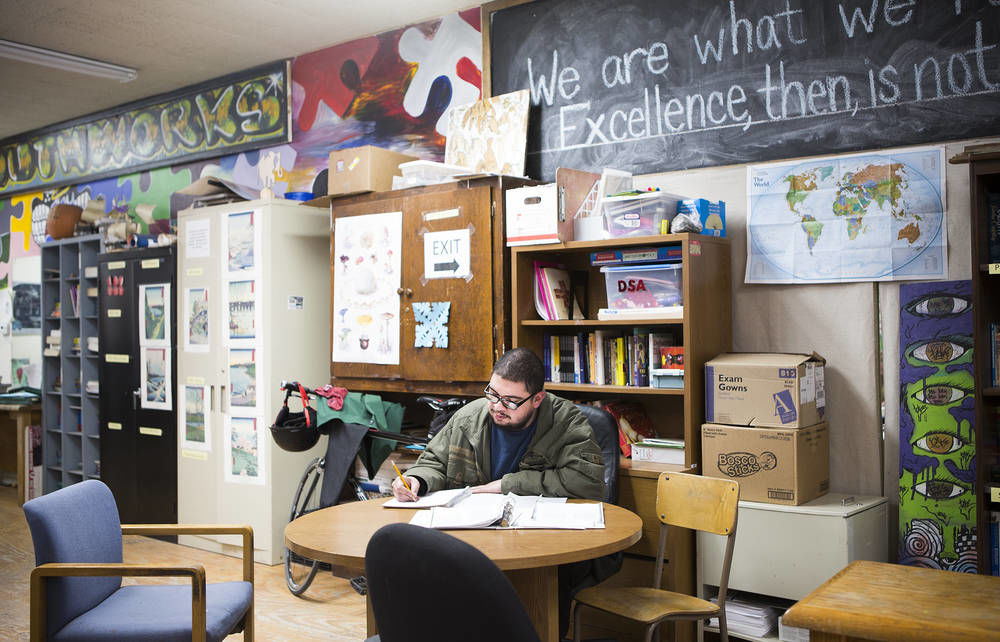 Gilbert Leyba, 24, studies at YouthWorks on Thursday. Leyba, who said he dropped out of high school soon after his mother’s death in 2009, is currently working to earn his GED Diploma. YouthWorks is ‘like a home away from home…There have been a lot of times I felt I wasn’t deserving of help, but they were always there for me,’ Leyba said. Olivia Harlow/The New Mexican

Soon after his mother died in 2009, Gilbert Leyba said he started drinking and experimenting with drugs.

He then dropped out of high school, watching his life spiral into turmoil.

But then, Leyba learned about YouthWorks — a local nonprofit dedicated to helping teens and young adults find a path to self-sufficiency.

His life, he said, has never been the same. Since signing up, Leyba said he has earned several vocational certifications, found independent housing and is working to obtain his GED diploma. Read full article